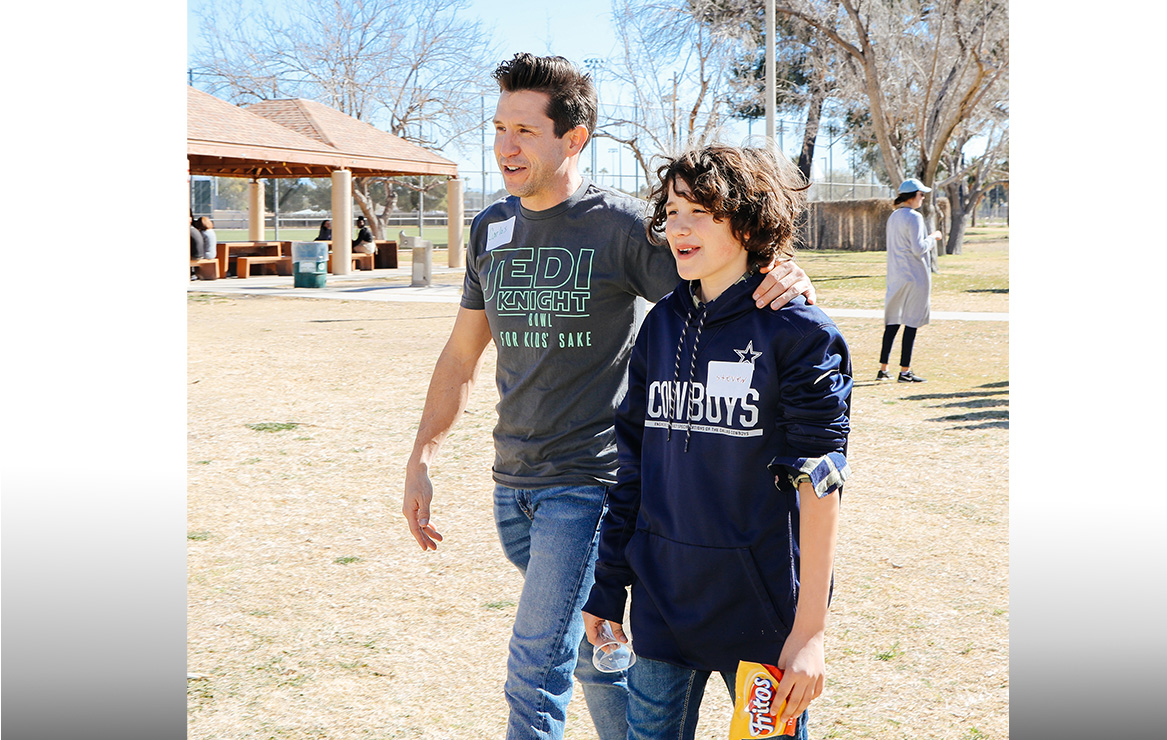 Steven was diagnosed with autism at three years old. When she heard the news Steven’s Mom, Dawn, knew the diagnoses would change their lives forever.  She understood the challenges her son would face.  To complicate matters, Steven’s Dad, who was prior military, was going through challenging times.  Being deployed twice, back-to-back after the terrible events of 9/11, had changed him.  “Being a Father was just too much for him”, says Dawn.

As Steven grew, Dawn saw that he needed a male friend and role model to look up to.  She called Big Brothers Big Sisters to find that person for her son.  “Steven has endured many trials in his life, and at first I was skeptical, but it didn’t take long to see that my son was in good hands with his Big Brother Carlos. Steven has his glow back; I hadn’t seen that in a while.”

It’s been over two years since Carlos and Steven were matched.  Carlos stays dedicated to his Little Brother, and Steven has the male role model that he desperately needs.  “I’m extremely appreciative for the hard work and dedication of the Big Brothers Big Sisters program,” says Steven’s Mom, “and I also want to thank Carlos, in a way you feel like a brother to me as well.  Thanks for everything.”