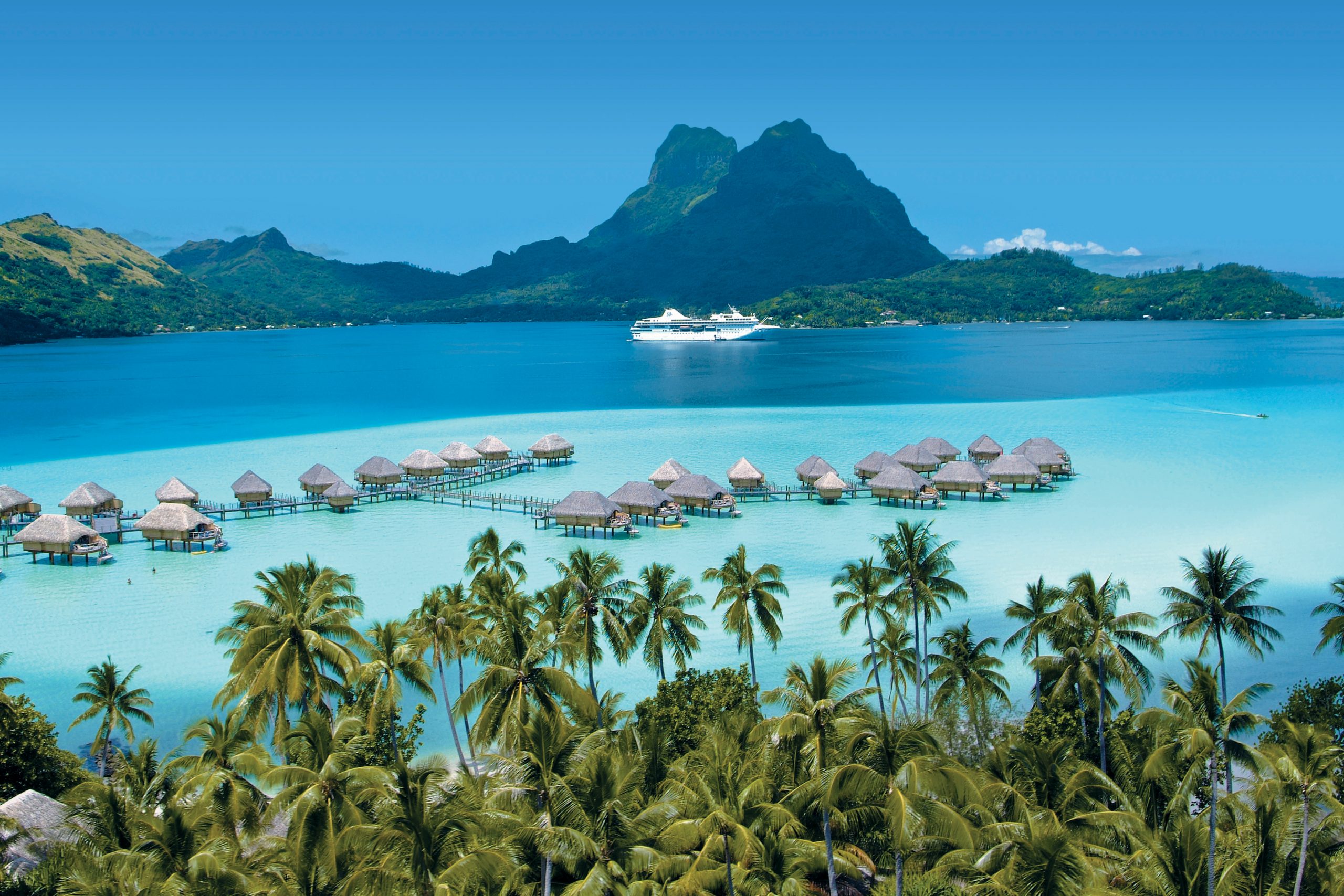 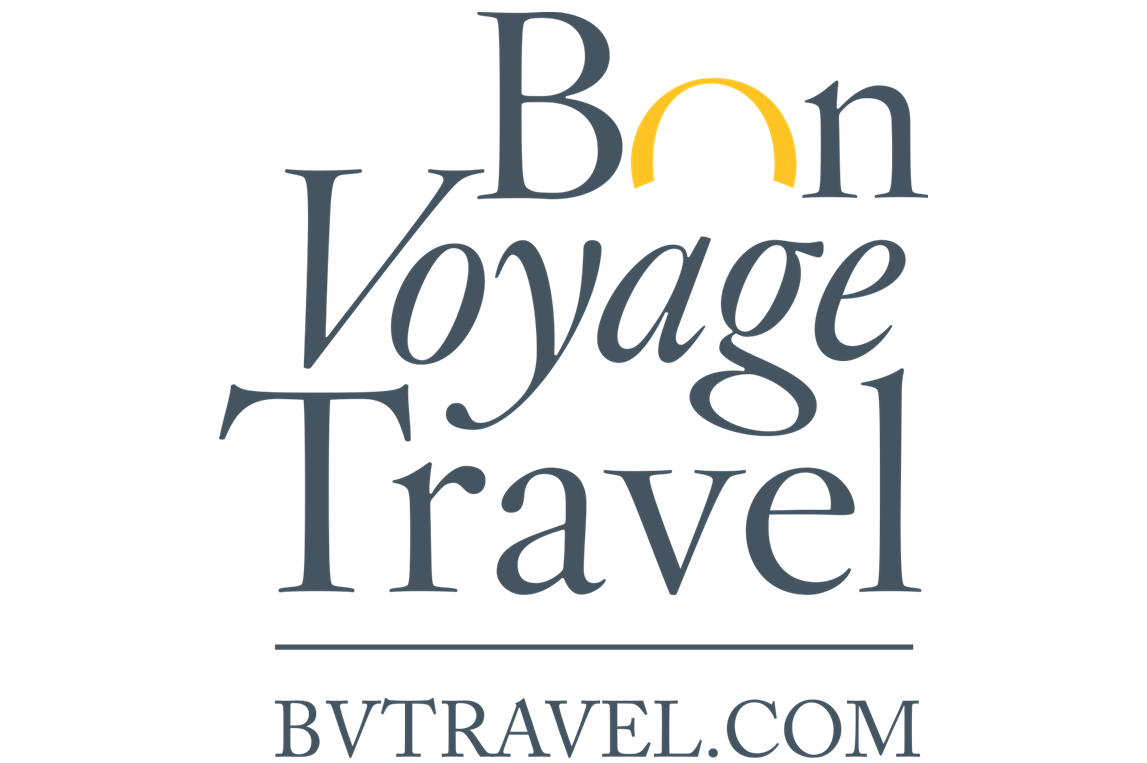 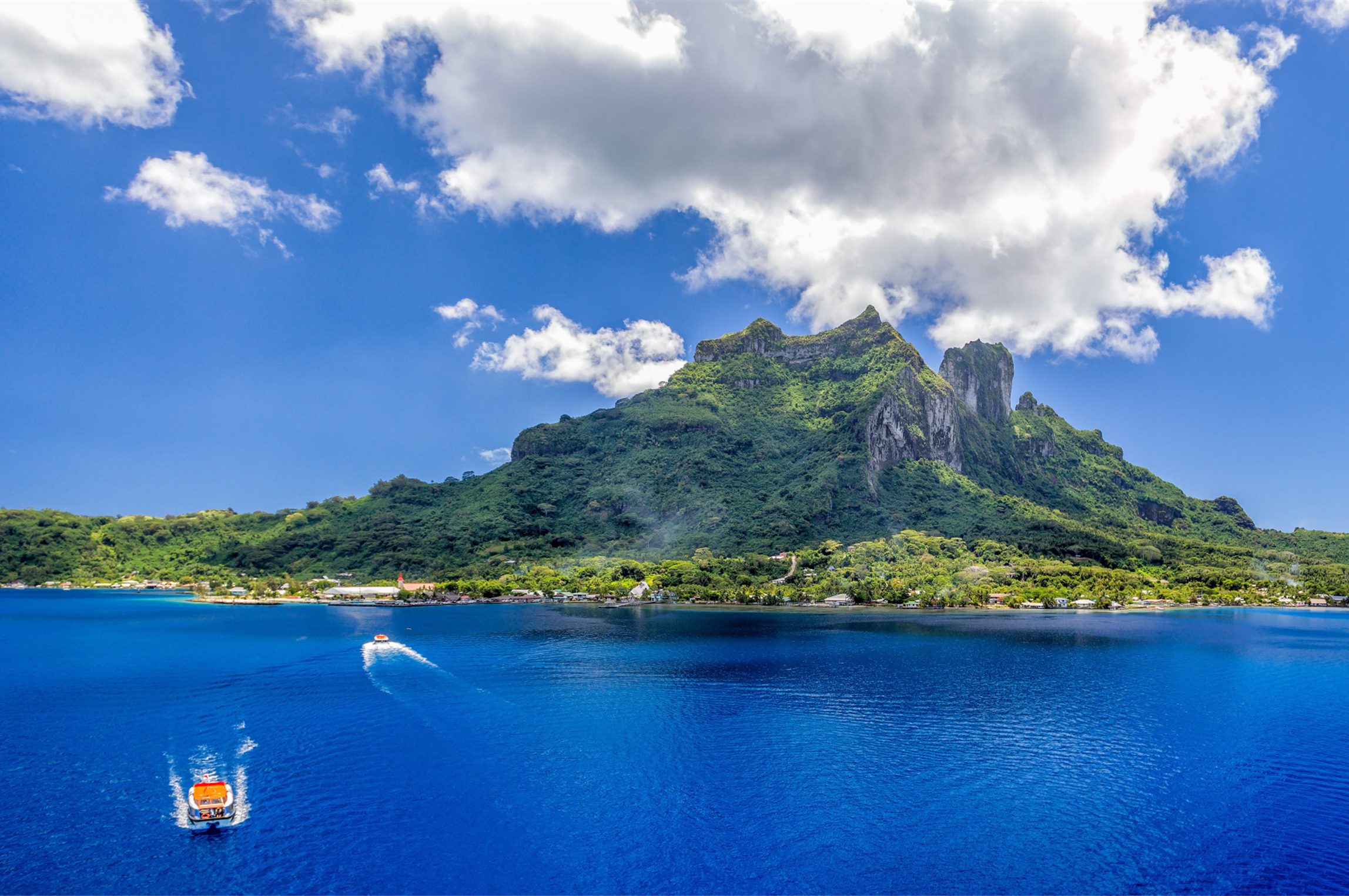 Begin your Couple’s Dream Tahitian and Society Islands cruise vacation with a flight from Los Angeles International airport, arriving at Papeete, Faa’a International Airport.  Embark from the capital of French Polynesia, Papeete, which is located on the island of Tahiti. As the only real city in French Polynesia, Papeete can teach you a lot about life in the South Pacific. The city has charm offering visitors some of its flashy boutiques, colorful local market, the black pearl museum, and a chance to take in the active nightlife.

Start the day at the favorite of the Society Islands, Huahine.  A great choice for anyone who wants to see something aside from the main tourist islands (Tahiti, Moorea and Bora Bora). Located 110 mi/180 km northwest of Papeete, on Tahiti, it is uncrowded enough to fit most people's expectations of a sleepy Polynesian isle, yet it has a couple of upscale resorts and enough tours and outfitters to make it easy to do things. The small town of Fare (pronounced FAH-ray) is a big part of the island's charm. Small stores, restaurants, guesthouses, warehouses and assorted offices line its two main streets, one of which is along the water. It is a bustling place on weekday mornings or anytime that a freighter pulls in. Trucks, children, tourists and dogs scamper about, intent on their missions. But take a walk along the main drag on a Sunday, and you'll think you're in a ghost town. Because Huahine has limited public transportation, having your own car is a big advantage. The usual around-the-island drive on Huahine actually involves two islands that are separated at one point by a narrow channel (there's a bridge). The larger island, Huahine Nui, is where the airport and Fare are located. Huahine Iti, the southern half of Huahine, is still old Polynesia with small villages, vanilla plantations, a few quaint pensions, and some nice beaches. It is less populated than the northern half and has fewer attractions. A drive around the shore road yields some nice views of the lagoon and the waves pounding against the distant reef. A few guesthouses and resorts are situated on the far southern end of the island, near the village of Parea. Some of them have access to the nice sand beach there.

Awake the very next day in Taha’a Motu Mahana! Enclosed in a common lagoon with Raiatea and accessible only by boat, Taha"a produces about 80% of all vanilla in French Polynesia. Taha"a is the only island in the Society Islands that can be completely circled by ship inside the protected lagoon. With its many deep bays and small deserted motu on the reef, Taha"a is an ideal island to escape the 20th century. Here you can explore the reef and discover the beauty of its multicolored lagoon, enjoy a picnic on a deserted motu or ride a 4X4 in the mountains and through the vanilla plantations and learn the mystery of these "orchids". With only a handful of guesthouses and two small hotels, Taha"a is slowly awakening to tourism and yet it still maintains an authentic flavor of Polynesia.

Next we travel to Bora Bora for a two day stay. Hyperbole seems to surround Bora Bora, French Polynesia. (Locals often refer to it with a singular "Bora.") Author James Michener called Bora Bora "the most beautiful island in the world," which may be a stretch, though its steep mountain peak and brilliant lagoon certainly are beautiful. Bora Bora is one of the most famous honeymoon destinations in the world.  The island, 160 mi/260 km northwest of Papeete, bustles because it is rather small compared to larger tourist islands such as Moorea; in a half-day you can easily peddle a rental bicycle the 20 mi/32 km around the island. Yet, in that small area, Bora Bora offers attractions from black pearl boutiques and fancy restaurants lining the road south from Vaitape to snorkeling among the myriad lagoon fish near Matira Point. The amazingly clear blue-green water alone is enough to satisfy most visitors.

On to Moorea for a two day stay. One of French Polynesia's "big three" tourism islands, Moorea sits right next door to Tahiti, 12 mi/20 km northwest of Papeete and just a five-minute flight from the international airport or a 30-minute ferry ride from Papeete's harbor. Despite their proximity, Moorea is quite different from the capital. There is no urban buildup (in fact, the populated areas are villages more than towns), and the large island absorbs its many visitors with few signs of stress. With a turquoise lagoon, several bays and steep mountains, Moorea ranks with Bora Bora in the looks department. All in all, it is a terrific place to spend some time.

This package includes airfare for two from LAX; transportation from the airport to the ship and all the cruise inclusion listed: Spacious, ocean view accommodations • Intimate sailing experience, with only 332 guests and a crew-to-guest ratio of 1:1.5 - among the highest at sea • All shipboard meals, in your choice of venues • Complimentary room service • Complimentary beverages, including select wines and spirits, beers, soft drinks, bottled water, and hot beverages served throughout the ship • In-room refrigerator replenished daily with soft drinks, beer, and bottled water • All shipboard entertainment, including our troupe of Polynesian performers and live music in the evenings • Presentations by onboard experts and guest hosts • Le Casino • La Palette lounge and disco • All onboard gratuities for room stewards and dining staff • Luxurious onboard spa • Fitness center • Pool with poolside bar • Watersports, including complimentary kayaking, windsurfing, and paddle boarding from the marina or destination beaches

Begin your Couple’s Dream Classic Tahitian vacation with a flight from Los Angeles International airport, arriving at Papeete, Faa’a International Airport.  Enjoy a day at the Capital of French Polynesia located on the island of Tahiti.  AS the only real city in French Polynesia, Papeete can you a lot about life in the South Pacific.  The city has charm offering visitors some of its flashy boutiques, colorful local market, the black pearl museum, and a chance to take in the active nightlife.

Next, fly from Papeete to Bora Bora for a five-night stay at Bora Bora Pearl Beach Resort and Spa.  Poised on Motu Tevairoa, a ten-minute boat ride from the airport (included in your package) and fifteen minutes across the lagoon from the village of Vaitape, the Bora Bora Pearl Beach Resort and Spa combines heavenly location and proximity to the mainland. The resort boasts authentic Polynesian style and architecture and certainly offers some of the most traditionally designed rooms and villas in Bora Bora. Your stay will be in an overwater bungalow which are Bora Bora’s iconic accommodation type.  The resort also features spacious Garden Pool Villas and Beach Suites with jacuzzi and magical views of majestic Mount Otemanu. The eighty rooms and villas are nestled in a beautiful tropical garden, on the beach or suspended above the turquoise lagoon. The Bora Bora Pearl Beach Resort and Spa features: 3 restaurants, 1 bar Concierge Desk / Wedding Coordinator “TĀVAI Spa”, air-conditioned Fitness Center, helipad, swimming pool, on-site scuba diving center, tennis court Complimentary Wi-Fi throughout.  Your stay will include a daily American breakfast for two.

Next fly from Bora Bora back to Papeete for a stay at the Hotel InterContinental Tahiti Resort and Spa, which has long been rated the top hotel of Tahiti. It has a superbly romantic location lagoon side in 30 acres of tropical gardens, with spectacular views across to the soaring peaks of Tahiti's sister Island, Moorea. Just over a mile from the airport and the capital and port city, Papeete, is about six miles down the road. The perfect spot to start and end your visit to the islands of Polynesia. You will feel in harmony with Tahiti in the resort where no building rises above the coconut palms and where all the accommodations capture the elegance and comfort of old Polynesia. The resort is famous for its spectacular dinner shows. The Marquesan dance group Toa Huhina performs on Wednesday night, and Friday night's entertainment features the Hei Tahiti dance troupe. French and International cuisine meet Polynesian. It is an exotic combination brought to life in two restaurants, two bars and 24-hour room service. The gourmet Le Lotus overwater restaurant is an incredibly romantic venue for dinner and lunch. You will relax in two of the most beautiful infinity pools in all Polynesia and meet colorful fish life in our own Lagoonarium in the heart of the resort. TOPDive Tahiti is on the spot for diving, snorkeling and all water sports. Then there's tennis courts in the grounds plus any number of activities and excursions in Papeete and around the Island.  Your Oceanview room stay includes a daily American breakfast for two.

Your vacation concludes with a flight from Papeete to Los Angeles International Airport.

This package includes airfare for two from LAX; transportation from the airport to hotels and back; hotel stay, and daily American breakfast for two.